I decided to upload my complete EP “Eden” to the BORN IN AFAR YouTube channel. In addition, I wrote a little background story for every song. Let’s start with the song that brought everything to life:

We Are All Africans:

“We Are All Africans” makes a clear statement against racism and xenophobic attitudes of any kind. The message of the song is based on the same statement by the British evolutionary biologist Richard Dawkins. Many fossils prove that the so-called ‘cradle of humanity’ lies in Africa and that modern humans have spread all over the world in several waves of migration from there. Needless to say, there are visible and invisible differences between us all, but the key message is that we all have a common origin and are almost ‘similar’, genetically. I had several conversations concerning the term ‘we are all the same’. Incidentally, I would like to emphasize that I point out in a metaphorical perspective that racism is a thing that must be fought against together and that, from the scientific perspective mentioned, no distinction must be made with regard to the value of people or their treatment. Nevertheless, I neither want to diminish the individuality of every single human being nor his cultural and religious imprint or background.

Even though there are still people who are critical of the evolution theory in this case, based on this, the statement ‘We Are All Africans’ has a particularly powerful meaning which could change a lot in this world…

With BORN IN AFAR I intend to share my enthusiasm for the wilderness of southern Africa. In doing so, one of my biggest concerns is to call attention to the existential threat of this fascinating world. Every day, countless animals become victims of poaching and lose their lives because of superstition and the greed for wealth. The events defined in “Elfenbein” happen over and over again in every single night and there are hardly any words that could express this cruelty. There is a war in the bush in which people are dying too; either because they try to save endangered species from extinction or because they are struggling for their survival themselves. The latter certainly does not apply to every single poacher, but there are enough people who do not know how to find another way. And this is exactly where the protection of animals and their natural environment begins. The construct of poaching is unfortunately much more enmeshed than it seems to be at first glance.

I set my mind on doing a ranger training and on supporting various conservation programs. But apart from that, I really hope that in the future I will be able to prospectively generate enough income with BORN IN AFAR in order to make the best possible contribution to the preservation of the African wilderness…

“Turkana” tells the story of humans who lived from and above all in harmony with nature a long time ago; a time when the connection with nature and the cohesion of a group made the difference between life and death. Based on the “Out of Africa” theory, the fossilised footprints our ancestors left on the shores of Lake Turkana symbolise the departure to explore and to scrutinise a new world. In a positive sense, this song is thus meant to clarify what people are capable of when they stick together and pursue a common goal…

“Gloom And Doom” is a song which clearly sticks out from the entire song repertoire of BORN IN AFAR. Similar to “Elfenbein” the song deals with a war story. Nevertheless, this story is told from the perspective of a soldier who has tried to process his experiences and deeds for years.

Wars have formed the history of mankind and are sadly still pervasive in many different forms. People lose their lives, their families and friends, their home and have to endure things that many of us can hardly imagine. However, also many “offenders” have not always put themselves into this situation voluntarily and thus have to struggle with these terrible events all their lives…

To Rule The Earth:

I’m truly not a religious person. Though, I always found it very exciting to make use of certain assertions from the Bible in a metaphorical way in order to paraphrase entirely independent aspects. This is also the case in “To Rule The Earth”: For me the term ‘Garden of Eden’ can easily be transferred to the African wilderness or other pristine habitats of the world. The destruction of these habitats and the climate change is progressing faster and faster and almost unstoppable. Since we as human beings are responsible for this, it’s our mission to fight together for the future of our planet. Not everybody has to change his way of life completely or has to turn everything upside down. However, it would help already a lot, if each of us changed a few things in aware in order to make a small personal contribution… 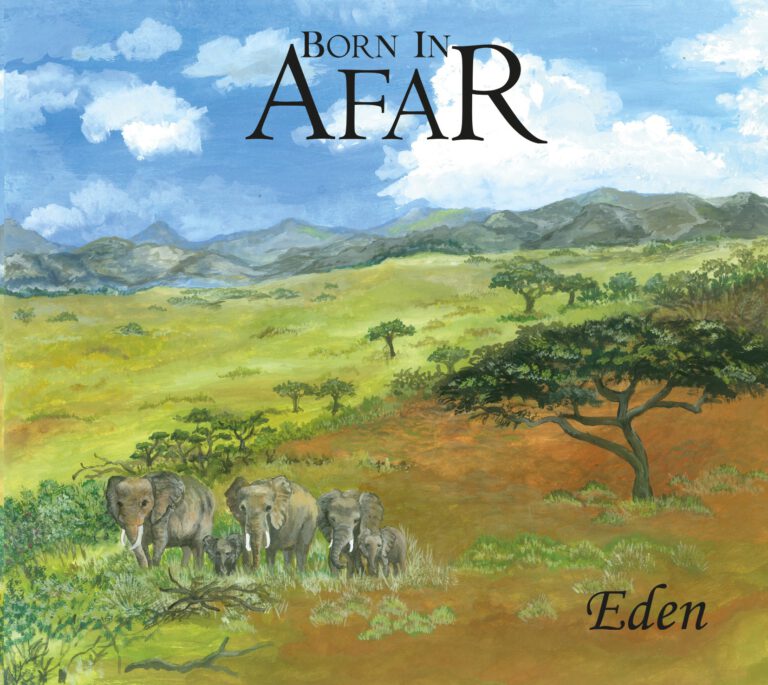